RoR is an archive of materials released under these publications: Heritage & DestinyNationalism TodayVanguardBooks & booklets

Robert Ardrey: the man who detonated the intellectual time-bomb

SINCE our last edition went to press, the corpus of modern Western thought has lost one of its most notable contributors. On the 15th of January, Robert Ardrey, whose works on the biological basis of human behaviour and society had justly become best-sellers throughout the non-Communist world, died in Cape Town at the age of 71. 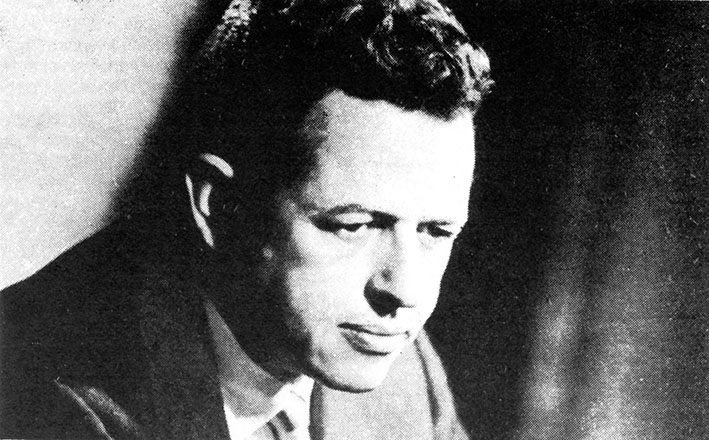 Although he graduated from the University of Chicago in 1930 having majored in anthropology, Ardrey worked ouside the scientific field as a dramatist and playwright of some repute until 1955. Then, on a journalistic assignment in Africa, he met the great South African paleontologist and expert on human evolution, Professor Raymond Dart. From Dart, Ardrey heard of the total reappraisal in scientific thought about the origin of Man, and the nature of Man's ancestors, which had been brought about by the discoveries of the previous thirty years, and which continues today.

Realising the broader social implications of these new findings, Ardrey set about bringing them to the attention of a wider public. This he achieved brilliantly in four significant works: African Genesis (published 1961), The Territorial Imperative (1966), The Social Contract (1970), and The Hunting Hypothesis (1976). Ardrey himself did virtually no original scientific research. His great gift, revealed in these four works, was the ability to synthesise the work of literally hundreds of scientists and researchers and present it, and the conclusions which follow from it, in a form intelligible and indeed highly readable to the non-specialist and the non-scientist, without losing scientific rigour by speculations not backed by cited evidence.

Ardrey's writings are important because they bring to the notice of a wider public the revolutionary implications of modern scientific findings for any realistic view of the origins and nature of human behaviour and society. For centuries, philosophers and social theorists have debated the question of 'human nature'. Are such features of the behaviour of Man as aggression, violence, the ownership of private property, inequalities of intelligence and ability, hierarchies of power and the willingness of men to fight and die in the defence of their homeland or in the expansion of the power of their nation, inherent, inherited and inborn aspects of an essentially fixed and unchangeable human nature? Or, as the French philosopher Jean-Jacaues Rousseau argued in his The Social Contract (published 1762) and other writings, are they merely the products of society: is it true that, as Rousseau put it in Emile (1762), "Nature made me happy and good, and if I am otherwise it is society's fault"?

For 200 years, Rousseau's view has held sway as the accepted wisdom, underlying the ideas and actions of the social theorist, political activist and ruler alike. It has been taken for granted that Man evolved as a 'noble savage', wandering peacefully through the primordial forests munching fruit, nuts and roots, harming no one and living in amity and harmony with his fellow men, and that only with the 'invention of private property' did violence, aggression, wars, hierarchies of power, the 'exploitation of man by man', nationalism, 'racism' etc. enter to violate the primaeval Eden. As a result, liberals have excused the depredations of the criminal and the thug by blaming them on society: 'we are all to blame'. And, more significantly, Karl Marx and many other social theorists were to argue that, if private property and an 'exploitative society' were to blame for alleged imperfections in human behaviour, then the abolition of private property and a revolutionary change in the structure of society would restore the primal perfection of Man. With property, nationalism and the power of rulers abolished, Man would revert to his ancestral condition as a 'noble savage' cavorting about the woods in a pure communist Utopia comprised entirely of selfless altruists, naturally living by Marx's maxim, "From each according to his abilities, to each according to his needs". Thus the Rousseauesque vision of imperfect Man as the product of imperfect societies, and the possibility of a perfect society producing perfect men, is fundamental to social thought and policy in both the liberal and Marxist blocs.

But, whilst the social thinkers dreamed and wrote, and the revolutionaries plotted and killed, to restore the 'noble savage', thousands of scientists, ranging from Englishmen watching birds in their back gardens to South Africans patiently excavating fragments of proto-human bone from desert caves, were quietly and steadily undermining the foundations of their world-view. It was Ardrey's task to detonate the time-bomb planted by scientific research beneath the ivory tower built by Rousseauesque liberal/Marxist social theorists.

For science has found that modern Man, far from being descended, as Rousseau had thought, from 'noble savages' had instead evolved from killer apes. The new sciences of ethology and sociobiology, pioneered by men such as Nobel prizewinner Konrad Lorenz and Professor Edward O Wilson of Harvard, revealed that defence of territory, inequality and dominance hierarchies are not unique to modern Man but are fundamental features of inherited behaviour throughout the Animal Kingdom, of which Man is but a part. And the older sciences of anthropology, archaeology and paleontology have revealed that our ancestors, far from being noble savages, hunted and killed, formed proto-national tribes, maintained hierarchies of power, and fought wars against other pre-humans in defence of their territorial homeland before they were yet men. The first human artefact was not the plough but the sword, not the digging stick to unearth roots but the hand-axe to shatter skulls: we may well have evolved bigger brains not to think nobler thoughts but to fight our fellow men better. War, violence, 'nations', property, territory, inequality, the power of one individual over others, are older than Man and their appearance as a fundamental feature of all modern societies is but the reflection of inborn, inherited drives with roots in our ancestry ten million years deep, drives of which our reason and our thoughts are but the unwitting handmaidens.

As Robert Ardrey puts it in The Territorial Imperative, perhaps the most significant of all his significant works: "We must know that, as body and behaviour evolve as a collective enterprise, so human behaviour like the human body is governed by evolutionary laws comparable to those of any other species."

And in that knowledge, two centuries of building castles in the air and sixty years of World Revolution, come crashing to the ground, and a new world view is born.