NAZI RACIALISM? NO THANKS!

YOU DON'T have to be involved for long in the Nationalist movement to realise that our opponents like nothing better than to describe Racial Nationalism as 'Nazi-like'. Cogent factual arguments against racialism are thin on the ground, but cries of 'Hitlerism' and 'Third Reich master-race ideology' abound.

The main aim of the 'Nazi' smear is, obviously, to alienate Nationalism from the vast mass of British people. Paradoxically however it has also had the opposite effect on some people: a small number of disaffected White youths, opposed to multi-racialism and alienated from the Establishment and its liberal values, have turned, albeit shallowly, to Nazism on the grounds that Hitler was 'the real thing, the ultimate hard-line racialist'.

But were the Nazis really 'racialists' as modern British Nationalists would understand the term? Are our racialist ideals derived from those of the Third Reich? And, if so, does that mean we are wrong, or that Hitler was right?

To answer these questions we must look at the 'experts' and race philosophers who helped form the Nazis ideology on race, to see what they actually said.

First and foremost is Houston Stewart Chamberlain, author of The Foundations of the Nineteenth Century, and the man whose writings above all others influenced Hitler and the Nazis. Chamberlain, whatever else he may have been, was certainly no racialist as we would understand the term. He had no belief in any biological basis for racialism, and certainly had no faith in 'racial purity' or racial preservation.

On the contrary Chamberlain believed like so many anti-racists today, in racial mixture. To his warped way of thinking gifted people could only be created by intermarrying differing people; thus he claimed that the Prussians were a herrenvolk created by mixing Germans with Slavs. The deliberate mixing of talented people from a variety of ethnic backgrounds would form, so Chamberlain argued, a 'race', not of blood, but 'elective affinity'. To answer the question 'What is an Aryan?' Chamberlain answered: 'One must know nothing of ethnography to venture a definite answer to the question'.

As modem ethnologists such as Gayre have pointed out both Nazi racialism and Marxist anti-racialism spring from a common root ― the, now utterly discredited, nineteenth century Lamarckian school of thought. Lamarckianism was a theory of biology which held that environment was the determining factor in deciding character and ability. Thus contemporary multi-racialists argue that 'a black person born and brought up in Britain will be as British as a white person because they will have been moulded by the same environment'.

Both Marx and Chamberlain rejected the biological importance of heredity in their philosophies; but those philosophies ― though springing from a common root ― diverged widely.

Marx was an internationalist Jew; consequently he argued for the 'equalising' of the social environment on a global scale, to create an 'equal' society ― that is to say a raceless, rootless, faceless international proletariat.

Chamberlain however was a fanatical German Nationalist; thus he argued that an upbringing within the confines of the 'Fatherland' would produce 'spiritual Germans', regardless of the underlying ethnic factors, although he did appear to also hold the view that potential herrenvolk were naturally more common amongst Teutons anyway.

Chamberlain was not alone in his outlook, many other German anthropologists believed that the German environment would create a German. Thus we find the noted anthropologist Kossina often quoted (and often mis-quoted!) to support their position by the Nazis, coming out with absolute drivel about there being German souls in non-German bodies!

Alfred Rosenberg attempted to develop a more scientific approach to race in his writings, yet even he was reduced to waffling that 'Racial history is thus at the same time natural history and soul mystique'. 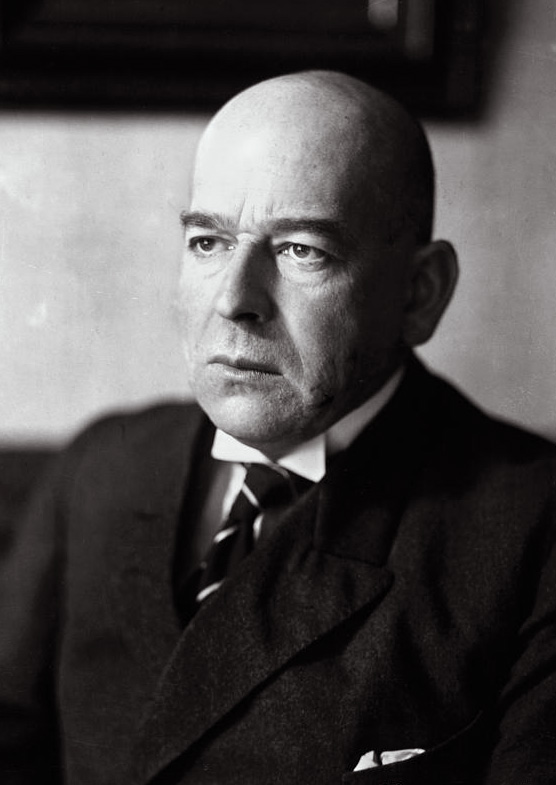 A prominent victim of Nazi 'Racialism' was Oswald Spengler. Recognised as one of the towering intellects of twentieth century philosophy even by his opponents, the author of The Decline of the West was taken to task by the Nazis and eventually declared a 'non-person' by them for being a genuine racialist. By the mid-thirties Spengler had realised ― years ahead of most other Europeans ― the increasing threat posed to White survival by non-Europeans. As the Nazis were at that time trying to ingratiate themselves with the Japanese such a viewpoint could not be tolerated. Spengler's works were banned, and NSDAP apparachnik von Leers wrote attacking Spengler for his 'antipathy' to coloured people, and asking 'How does the Japanese expansion into Manchuria inconvenience us? It is entirely a Japanese/Chinese/Russian problem'.

To sum up: Nazi 'racialism' was at best a cranky and aberrant form of racial nationalism. It almost wholly lacked any coherent scientific basis and instead relied heavily on a hazy 'Blood and Soil' cultism.

Not for the only time did pretentious references to inexplicable 'higher spiritual factors' hide a basic ignorance about race: shallow obscurantism posed as profound mysticism. Where there was an attempt made to put their racialism on a sound footing it was doomed to failure: racial nationalism and environmental determinism make an ill-matched pair.

Modem racial nationalism however has little, if anything, in common with such confused thinking. Contrary to what Marxists would like to believe the scientific underpinning to our understanding of race and ethnology is derived not from the likes of Chamberlain and de Gobineau but from Darwin and, more particularly, Gregor Mendel. Their findings, subsequently confirmed and developed by literally thousands of geneticists, ethnologists and anthropologists give a solid incontrovertible scientific backing to Nationalist policies on race.

Nowadays there are few, if any, reputable scientists who would deny the great significance of inherited factors in determining human character and abilities. Individual and racial differences in human intelligence, for example, is now generally accepted to be between 70 and 80% determined by our genetic inheritance. Likewise few biologists would deny that ethnic differences exist in areas of personality, behaviour, intelligence and virtually every other area of human characteristics; furthermore these differences are recognised to be primarily due to genetically inherited factors, thus they cannot be manipulated away by controlling the social environment, to create the 'equal' society of multi-racialists' fantasies.

A recognition of the hard facts of ethnic differences forms the foundation of modern Nationalist policies on race and society. It's worth remembering at this point that racial nationalism is the only political creed which is based on an understanding of the nature of mankind and human society that can scientifically be shown to be valid: socialism is based on the palpably false assumption of universal human equality, capitalism assumes the existence of that rather ugly creature called 'economic man', whose only goal in life is material acquisition.

Not surprisingly the policies of multiracialists have caused only suffering, animosity and violence whenever they have been put into practice: based on totally false premises the repeated failure of racially mixed societies has been tragically predictable.

The racial policies of the National Front, on the other hand, are soundly based on what actually happens in the real world. Consequently they offer real hope in a world beset by ever increasing racial strife ― hope not only for our fellow Whites, but to all humanity.

Our vision of free and independent nations, each united by a common ethnic bond of racial unity, each respecting the right of other races to lead their own lives in their own nations does offer the world hope. Nationalism is surely the only creed that does ― but owes absolutely nothing to Adolf Hitler and Co.